Gilgit-Baltistan is not a province, it is a self governing region under Pakistan. Gilgit Baltistan has not yet been formally integrated into the Pakistani federation state and does not participate in constitutional political affairs. Gilgit Baltistan is home to some of the worlds highest mountains, including five of the eight thousand high. Worlds three highest mountain ranges the Karakoram, the Himalaya, and the Hindu Kush, with five peaks over 8,000 meters and many peaks over 7,000 meters, and having the largest glaciers in the world. 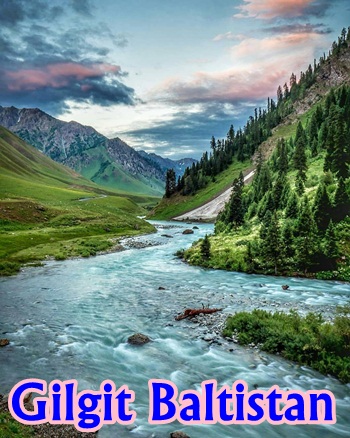